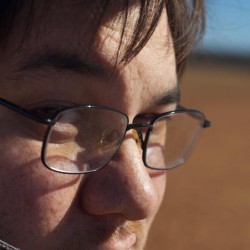 Currently I'm a librarian and before that I was an archaeologist, a journalist, and definitely a bit of a world traveler.  I tend to mostly read science fiction and fantasy, though I do love a good mystery and I'm a bit of a book dabbler overall. I've been doing Goodreads for awhile, but a friend thought I might enjoy this as well. Let's see, yeah? 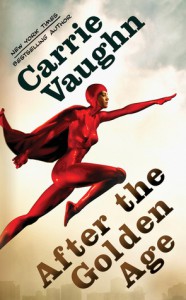 I am so glad that I read this book just weeks before the sequel comes out!  It's not that this ended on a cliffhanger or anything like that -- in fact, if I'd read this when it first came out, I wouldn't have thought there would ever be a sequel.  The book is complete on its own.  No, I'm excited because I loved the characters and can't wait to see what Carrie Vaughn brings into this world next.

On the one hand, this was a superhero novel -- the main character has no powers other than determination, stubbornness, and intelligence.  However, she is surrounded by super powered humans because both of her parents are gifted that way and they are part of the city's superhero team.

Much of the set up is what you'd expect from a superhero story.  There's a lot less angst than some of the other modern stories have.  Things aren't particularly grim or nasty.  I kept expecting horrible revelations to pop up...  But no, this is the Golden Age, right?  Stories then, from what I understand, tended to be a lot more fun and sometimes even a little silly.  This book, while fun, is not silly.

What this book is -- at least to me -- is a book that acknowledges that growing up takes a lot longer than we pretend it does.  There are a million coming of age tales where a young protagonist, maybe ten, maybe seventeen, has this life altering event and learns to see the world more like an adult and their path is set...  After the Golden Age references plenty of big, child- and teen- hood events but these don't just make the characters grown up.  These change their world views, these push them in directions, but it takes time and a will to process things and grow from them.  Some people never do.  It's nice to read a book with a protagonist near my age who has really just started figuring things out recently.

Maybe I can relate, yeah?

So I say, read this book for the fun superhero story, for a scheme to decipher and heroic deeds of derring-do, but also read it for a glimpse into a life, to share the experience of finding your place in the world and dealing with the things that upset you so much when you were younger.  And read it to wonder if we are shaped more by "nature" or "nurture" and how much choice do we really have?

This was an excellent book.  Hopefully I'll be back in a few weeks' time to tell you the next book was just as fantastic!